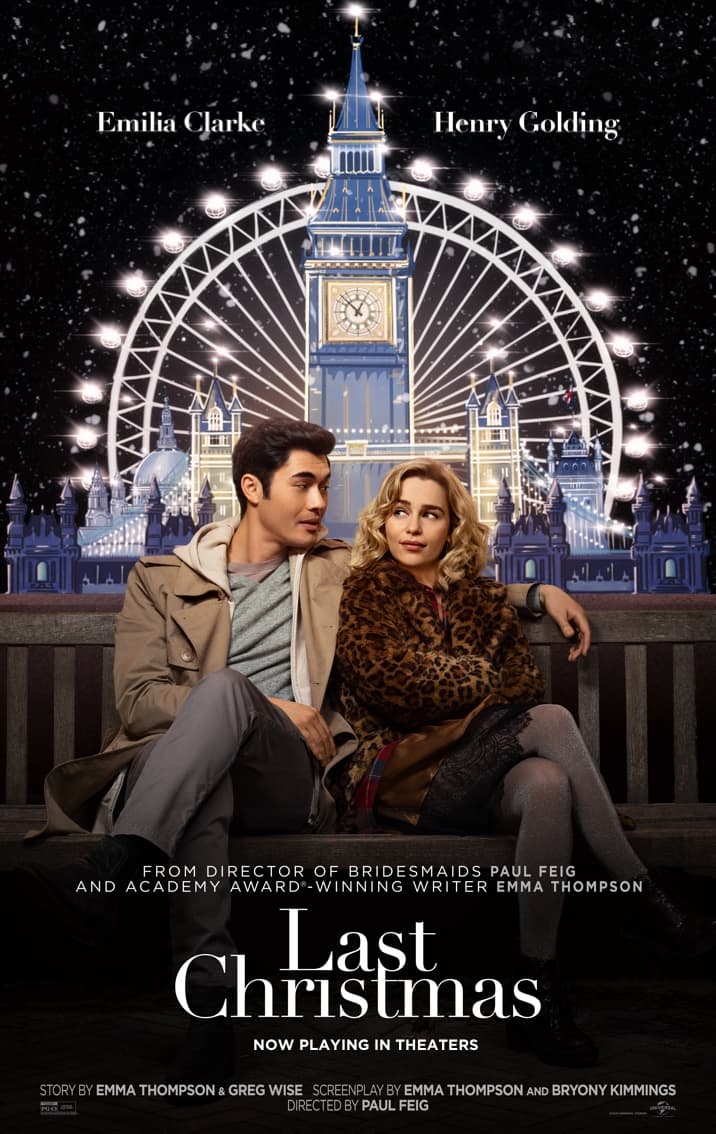 Kate is a mess. She’s got no home, she gets drunk every night, and her nascent singing career is going nowhere. The only stable thing in her life is her job at an all-year Christmas shop, run by a Chinese woman named “Santa,” which she despises. In all fairness, though, Kate had a very traumatic year, actually requiring a heart transplant at one point. That would be enough to rattle anyone. And with overprotective, immigrant parents, it’s no wonder she wanted to move out. She could have been nicer and more strategic about it, but still. What will happen, though, when she meets a mysterious, eternally jolly man named Tom, who seems determined to get Kate back in the Christmas spirit? Why a break-in, an unexpected coming out party, and the murder of a fish, of course! END_OF_DOCUMENT_TOKEN_TO_BE_REPLACED

Nick and Rachel are in love. They’ve been dating for over a year, live together, and share absolutely everything with each other. Well, not quite everything. See Rachel, a college professor from a working class background, doesn’t realize that Nick is actually from the Young family, the richest and most famous real estate developers in all of Singapore. So when she journeys with him to Asia to attend a wedding, she is blindsided by the sheer opulence with which his family lives. Something else she isn’t expecting is the extreme hostility with which Eleanor, Nick’s mother, treats her. See Eleanor doesn’t think that Rachel is good enough for her son. She thinks that Rachel, who’s Chinese-American, is too foreign and uncivilized to marry the heir to a multi-billion dollar estate. But Rachel isn’t giving up. She loves Nick, and she won’t lose him for anything. But can she convince Eleanor that she’s worthy of her son? Watch the movie and find out.
END_OF_DOCUMENT_TOKEN_TO_BE_REPLACED

In 1920s Japan, 9-year-old Chiyo and her sister, Satsu, are sold to pay off their impoverished families debts. Chiyo is purchased by a Geisha house, while Satsu is sent off to a brothel. At the Geisha house, Chiyo encounters the ruthless Hatsumomo, who, fearing that the young girl will grow up to replace her, makes her life a living hell. All this cruelty nearly breaks Chiyo, until, one day, she is shown a small act of  kindness by The Chairman, played by Ken Watanabe. This motivates Chiyo to become a Geisha, and she spends the next several years training in the art of music, dance, and conversation. Finally, after her instruction is complete, Chiyo becomes Sayuri, a Geisha of incredible beauty and influence. She even finds The Chairman again, who claims not to recognize her after all these years. Things are looking up, until World War 2 breaks out, sending Chiyo’s life, once more, into turmoil.
END_OF_DOCUMENT_TOKEN_TO_BE_REPLACED

Li Mu Bai has long led a warrior’s life. But now, after years of bloodshed, he’s determined to turn over a new leaf. So, to prove to everyone that he’s done killing, he gives his sword, the legendary Green Destiny, to Yu Shu Lien, a fellow warrior, and unrequited love interest. But when the Green Destiny is stolen, and Yu and Li’s investigation brings them to the home of a government official, they realize that there’s more to this story than meets the eye. END_OF_DOCUMENT_TOKEN_TO_BE_REPLACED

How often do you come across people who say “I want to be wrong?” Not very, I’ll bet. And yet, that was exactly what I kept saying to myself as soon as I heard that Netflix and The Weinstein Company were making a sequel to Crouching Tiger, Hidden Dragon. See, I might not have mentioned it here before but, Crouching Tiger , Hidden Dragon is my favorite film of all time. It’s not only the first movie I ever saw, but it’s also the movie that inspired me to want to make films. Seriously! As soon as I saw it, I went out and made a short movie “Crouching Lion, Hidden Eagle” with my parent’s cam quarter. And, keep in mind, I was only six at the time I did this. Any movie that can inspire a six year old to want to go out and make movies, when he doesn’t even know what a camera is yet, is fucking amazing! And I’m not the only one who feels this way. Crouching Tiger, Hidden Dragon was a huge critical and commercial success at the time of its release, taking home four Academy Awards, and, to this day, remains the highest grossing foreign language film in American history. Everything about it, from its direction, to its screenplay, to its cinematography and its score, were lauded. This was the film that made an international superstar out of Chinese actress Zhang Ziyi, who went on to star in such acclaimed movies as Hero, House Of Flying Daggers, 2046, and Memoirs Of A Geisha. This was the picture that cemented director Ang Lee’s status as one of the all-time great filmmakers, and proved to Hollywood executives that, yes, non-English movies can make money, and are, in fact, worth producing. END_OF_DOCUMENT_TOKEN_TO_BE_REPLACED