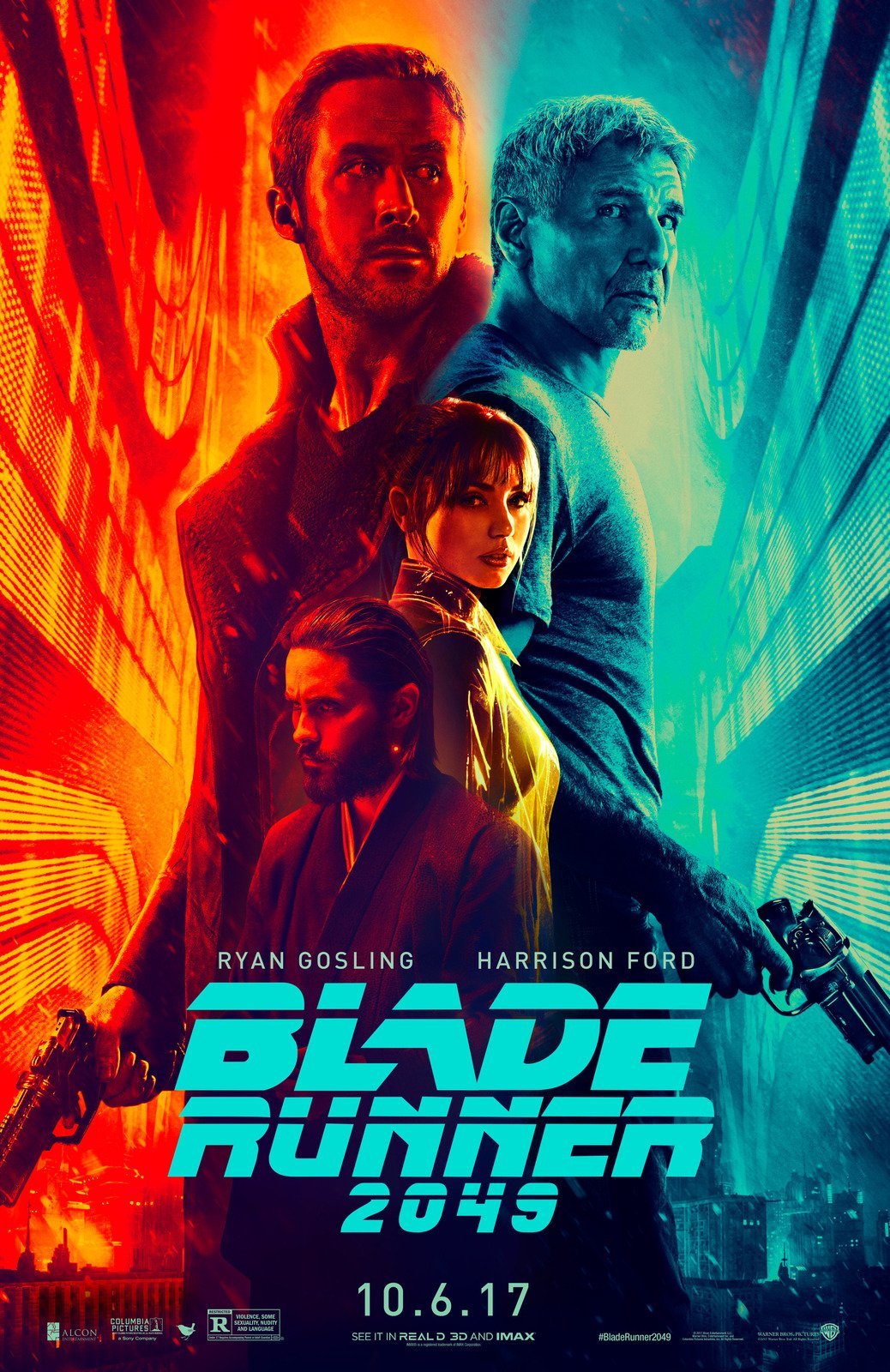 30 years after the events of the first Blade Runner, replicants have been successfully integrated into society. Or, at least, the newest breed has. Older models–those seen in the first Blade Runner–are regarded as obsolete, and therefore still subject to “retirement.” And now, the government deploys other replicants to hunt their kin down. K (Ryan Gosling) is one such synthetic Blade Runner. One day, while out performing a “retirement,” he discovers the body of Rachel, Harrison Ford’s love interest from the first movie. At first glance, it seems that this is nothing more than a call-back to the original film. But, as is always the way with such things, it’s not that simple. Her remains reveal that she was pregnant at the time of her death, and that the child may have even survived. Which is a big deal, seeing as Rachel was a replicant, and replicants aren’t supposed to be able to have children. K’s superiors are horrified to hear this, and instantly order him to find the replicant baby and kill it. K agrees, but, as he goes about his investigation, he uncovers some details that lead him to question his purpose, as well as his own identity. No surprises there. END_OF_DOCUMENT_TOKEN_TO_BE_REPLACED

It’s 1973, and Billie Jean King is the reigning champ of women’s tennis. But she’s not just interested in titles. No, sir. She also wants to change the way the tennis federation treats women. So when she learns that the female winners of a particular tournament will be paid 8 times less than their male counterparts, she decides, “Screw it! I’m making my own all-women’s tennis league.” And that’s exactly what she does. Meanwhile, Bobby Riggs, a washed up former tennis champ, upset at how uppity King has gotten, challenges her to an exclusive, one-on-one match; a “battle of the sexes,” if you will. He even offers her a lot of money if she wins. King is reluctant at first, but, realizing that the league can only survive if it has the funds to do so, she agrees, and begins training for the big, end-all, be-all match. Will she win? Well, you’ll have to watch the movie, or read a history book, to find out. END_OF_DOCUMENT_TOKEN_TO_BE_REPLACED

While out picking mushrooms, Amy, a student at an all girl’s school in Virginia, comes across a wounded Union soldier. Deciding she can’t just let him die, she brings him home, where the headmistress, Miss Farnsworth, and all the other students, take an instant shine to him. They bring him inside, clean his wounds, cook him food, and, as soon as they think no one else is looking, begin flirting with him. The Northerner, for his part, laps up their affection, flirting with each of them, and even requesting a permanent place in their midst. Things take a turn for the dark, however, when one of the women he’s been courting breaks his already damaged leg. This leads to Miss Farnsworth amputating the injured appendage, and to the Northerner, a previously kind and gentle man, becoming a violent drunk. Needless to say, tensions only rise from there. END_OF_DOCUMENT_TOKEN_TO_BE_REPLACED

Returning to his hometown from a brief stint in the army, young Toyoji begins courting the much older, and married, Seki. Their romance is fairly innocent at first,  with  Toyoji doing nice things for her, like bringing over flowers and sweets. However, things quickly take a turn for the dark when Toyoji forces himself on Seki while she is caring for her infant son. Then, after extorting several, increasingly degrading sexual acts from her, Toyoji, who is extremely jealous, says that they must kill Seki’s husband. “I can’t stand the thought of you being with any other man,” he says. Seki reluctantly agrees, and, one night, after getting her husband good and drunk, she and Toyoji strangle him to death. They then dump his body down a well, and tell everyone in their village that her husband went off to Tokyo. But when the man’s ghost begins haunting the streets of their community, rumors begin circulating, and the authorities are brought in to investigate. END_OF_DOCUMENT_TOKEN_TO_BE_REPLACED

On March 10, 1928, Christine Collins came home from work, and found that her son, Walter, was not in the house. She looked in every room, scoured the entire neighborhood, but it was all to no avail. Walter had vanished. For five agonizing months, Christine waited for the authorities to find something, anything, that would indicate where her boy had gone. Then, finally, the police claimed that they’d located him, but when she was presented with the child in question, she realized that it wasn’t Walter. The boy was three inches shorter than her son, circumcised, and lacked certain knowledge that Walter would just instinctively have, like what his teacher’s name was, or which desk he’d sat at in school. But when Christine pointed this out to the police, and urged them to keep looking for her son, they refused, insisting she was mistaken. They hired doctors to explain away the physical discrepancies between Walter and this new boy, and got reporters to write articles smearing her as an incompetent, neglectful mother. Then, when all this failed, they locked her away in an insane asylum, claiming she was hysterical, and that she needed to be restrained, “for her own good.” It wasn’t until a detective, working on a completely unrelated case, uncovered a connection between her boy and the crimes of a serial killer that Christine got released, and people started listening to her. END_OF_DOCUMENT_TOKEN_TO_BE_REPLACED

No one ever said that being an actor was easy. You’re constantly facing rejection, and your whole career can crumble in less than a minute. But, sometimes, even when you’ve got steady work, even when you’re on the set of a big budget movie with top tier talent, things can be difficult. Especially if you’re a woman. Directors can be verbally, or even physically, abusive, and the things you get asked to do can be extremely degrading. That is why I’ve decided to create a list for all you self-respecting actresses out there of the top directors you do NOT want to work with. Now, just to be clear, these are not being placed in any kind of order, and I’m not trying to say that these men are untalented, or that your careers wouldn’t be helped by working with them. I’m saying, if you want to be treated with respect on set, if you want to play complex, multi-faceted individuals who aren’t just victims or eye candy, these are not the people to audition for. END_OF_DOCUMENT_TOKEN_TO_BE_REPLACED