Crash-landing on Earth in 1995, Vers, an extraterrestrial warrior from the planet Hala, begins to have nightmares, dreams of a life she might have once had. See, she’s been told that she is a Kree soldier, locked in an eternal war with the shape-shifting Skrull, but these dreams suggest that she may have actually once been Carol Danvers, a human air force pilot. Her commander, Yon-Rogg, tells her to ignore these visions, insisting that they are implants put there by the Skrull, who did tamper with Vers’ memories while she was captured. But before she can ask too many questions, Skrulls show up, hoping to catch her again, and she winds up running into a young government agent by the name of Nick Fury, and they all chase each other across the country for… some reason. END_OF_DOCUMENT_TOKEN_TO_BE_REPLACED

Have you ever been to a murder mystery party before? In case you haven’t, it’s when you and your friends get together, and are given a scenario; “We are these people, at the so and so mansion, for this reason.” Each person is assigned a character, and then gets told that there’s a killer in their midst. You spend the rest of the game trying to figure out who said killer is, hopefully before he or she gets to you. It’s silly, but very fun, and gives people the chance to get creative and show off their improv chops. Plus, who doesn’t love hanging out with their friends? Well, imagine that you’re at a murder mystery party, but things are a little different. You don’t know anyone there, and when you do get to know them, you realize that they’re all bigots, rapists, and murderers. There’s no fun involved with the discovery of the killer, only necessity and petty jealousy. On top of that, certain people keep repeating the same lines over and over again, and it’s really starting to grate on your nerves. If you can imagine what that party would be like, then you’ll have a pretty good idea of what to expect with The Hateful Eight, the latest film from writer-director Quentin Tarantino. END_OF_DOCUMENT_TOKEN_TO_BE_REPLACED 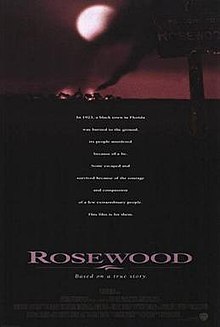 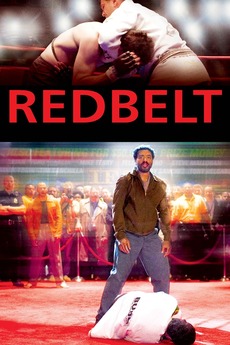 You ever come across a movie that you just loved, but no one else around you seemed to like or understand? I have, and on multiple occasions. So many times, in fact, that I’ve decided to compile a list of my fifteen favorite underrated films. Why fifteen? Because I like to give 150%. Anyway, my hope is that, by sharing the names of these pictures with the readers of my blog, I’ll be able to expose more people to their brilliance, and subsequently aid the talented artists who made them. Just to be clear, when I say “underrated” I’m referring to a well-acted, well-written, and well-produced film that, for whatever reason, was either critically or financially unsuccessful at the time of its release. It can have a large or small budget, be directed by a Hollywood A-lister, or an obscure Art House Intellectual. All it has to be is a good movie that wasn’t appreciated when it first came out. But, why waste any more time telling you about these pictures? Let me show them to you! Here are my fifteen favorite underrated films!