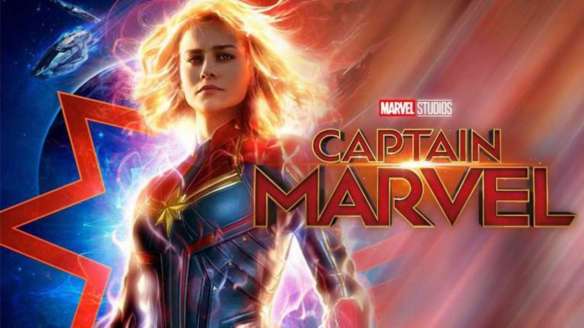 Crash-landing on Earth in 1995, Vers, an extraterrestrial warrior from the planet Hala, begins to have nightmares, dreams of a life she might have once had. See, she’s been told that she is a Kree soldier, locked in an eternal war with the shape-shifting Skrull, but these dreams suggest that she may have actually once been Carol Danvers, a human air force pilot. Her commander, Yon-Rogg, tells her to ignore these visions, insisting that they are implants put there by the Skrull, who did tamper with Vers’ memories while she was captured. But before she can ask too many questions, Skrulls show up, hoping to catch her again, and she winds up running into a young government agent by the name of Nick Fury, and they all chase each other across the country for… some reason. END_OF_DOCUMENT_TOKEN_TO_BE_REPLACED

Greetings Loved Ones! Liu Is The Name, ANd Views Are My Game. END_OF_DOCUMENT_TOKEN_TO_BE_REPLACED

When his mother dies of a heroin overdose, 17-year-old J goes to live with his estranged Grandmother and Uncles, a family of petty criminals in Melbourne, Australia. There’s his Grandma, Smurf, who seems loving and doting. There’s his volatile Uncle Craig, who deals drugs to get by. There’s his other Uncle, Darren, who’s just a few years older than him. And, finally, there’s Pope, the oldest brother, who is in hiding from the police. The film is set during a period in Australian history when bank robbery is out of control, as is the police force, who will kill criminal’s at the drop of a hat. And that, essentially, is what this film is about; waiting for that hat to drop. Because, on the surface, everyone is nice, and everything is going just fine. But there’s always an undercurrent of menace and tension. And when something inevitably goes wrong, the family comes apart, and, as the title suggests, the animals start eating each other. END_OF_DOCUMENT_TOKEN_TO_BE_REPLACED

A stuntman, struggling to provide for his family. A cop, grappling with corruption in his unit. A teenager, haunted by the death of his father. These men are flawed, but they all want to do the right thing. And each, in his own way, is trapped in the town of Schenectady, or The Place Beyond The Pines. END_OF_DOCUMENT_TOKEN_TO_BE_REPLACED