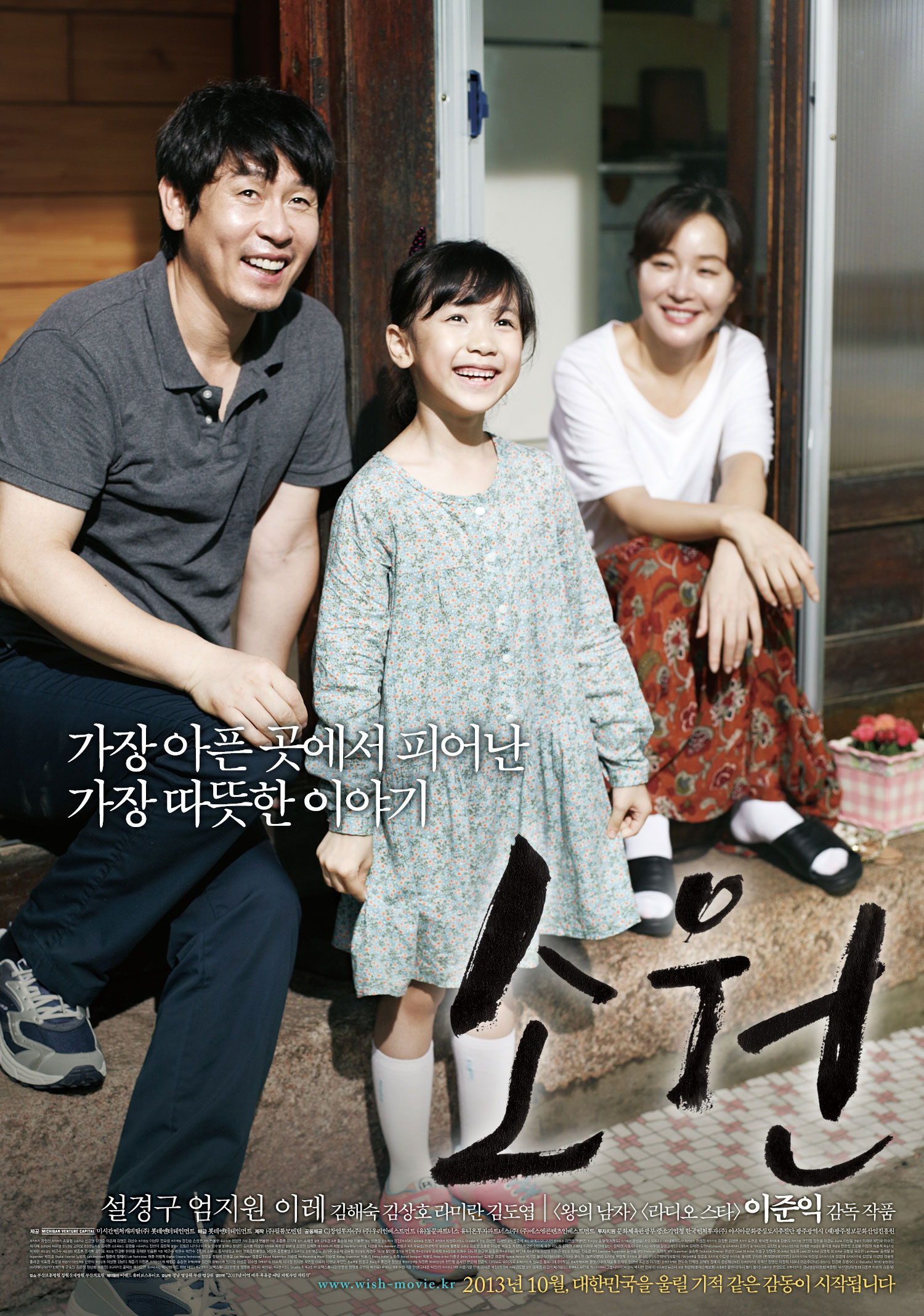 The words “rape movie” and “heart-warming” don’t typically mesh well together. And yet, somehow, Lee Joon-ik’s Hope, a film about an 8-year-old girl named So-won getting raped and beaten, manages to be uplifting, rather than depressing. The reason it is able to is simple; it does not show the rape. People talk about it, and we see the victim after the event all bloody and bruised, but there is absolutely no onscreen violence in this film. Instead, the movie focuses on how a victim and her family can recover and rebuild after such a horrible calamity. It shows the protagonist undergoing therapy, both mental and physical, it shows the stages of grief, guilt and gradual acceptance that her community progresses through, and it shows the acts of kindness that people show her to make her feel whole again. It is a beautiful movie about kindness, love, and healing, and it truly surprised me.

Now, before I go on, I want to make one thing perfectly clear. I hate rape. I hate it more than murder. I hate it more than torture. To me, rape is the absolute worst thing that can happen to a person. You’re taking something that is fundamentally positive, sex, the act by which new life is created, and through which couples can make each other happy, and perverting it. You’re making it violent. You’re destroying something that is as sacred as life itself. And it sickens me that my country has decided to elect a man who brags–BRAGS–about raping and sexually assaulting women. Words cannot describe how disgusted and ashamed I feel. Rape victims in America are already treated terribly enough, with people often claiming that they “asked for it,” and politicians doing everything they can to eliminate access to women’s health care. But now, more than ever, I feel like rape victims will face an uphill battle to get the assistance and recognition they need. Because if a man who openly brags about raping people can get elected president, what’s to stop every sick pervert out there from openly indulging in their depraved, violent fantasies?

Rape in film is also something that I detest. As a screenwriter, I give myself certain rules while penning a script. One is no rape, or violence towards women. That rule came about after I realized that a shockingly high number of films use rape as a plot device to motivate male heroes to action. Death Wish, A Time To Kill, Gran Torino, Last House On The Left, I Saw The Devil, The Equalizer, all these films use the rape of a female character to convince male protagonists to fight the villains who hurt these women. And while it is usually cathartic to see the rapists get their just desserts, a disturbingly common trend in all these films is to disregard the victims’ trauma. Very rarely do we, the audience, get to see these victims experiencing PTSD, going through therapy, or having emotional and social problems. More often than not, they get raped, the hero sees them all beat up and hurt, he goes on a killing spree, and maybe, at the end, we get one shot of the victim in the hospital, or smiling and acting happy again. But that’s not how it happens. Killing a rapist doesn’t instantly make their victim feel better. In many, if not all cases, the victims are emotionally and psychologically scarred, and they are fundamentally changed for the rest of their lives.

That’s why I like Hope so much. It doesn’t write off the victim’s trauma. It explores it. Literally the entire film is about So-won, her family, her friends and the community at large confronting what happened to her, and trying to heal. It shows her experiencing PTSD. It shows her going through therapy. It shows her having emotional and social problems, especially with her father. It doesn’t reduce her to the level of “male character’s possession that was damaged and now needs to be avenged.” No. She is a person, with thoughts, and interests and feelings, and she is trying to recover from a horrific event. And I love the movie for that. It treats its subject matter with the maturity and respect it deserves.

So, even if you hate seeing rape in movies, as I do, I really think you should give Hope a look. It’s well-acted, well-written, and it treats its source material with the respect it deserves.